Perhaps it is one of the most singular works in the production of Ramón Muriedas. It is evident that it caused enormous expectation among the public, critics and collectors.

Make the Astronauts in the early eighties influenced by the space race between the United States and Russia. They were moments in which the two countries compete for domination on the planet. This struggle gives way to the fall of the Berlin Wall.

Muriedas creates two children who protect their father. In the case of “Astronaut with Child Guardian” that care comes from a child who supports him placing his arms on one of the shoulders, from behind; in the case of “Astronaut with a Girl”, this one is placed in front watching over her parent. Both, it seems that they were rooted in the earth. All the figures hide their hands in their pockets showing an irreconcilable mystery. The vivacity of the looks is lost on the horizon showing great tenderness and hope for a better future. 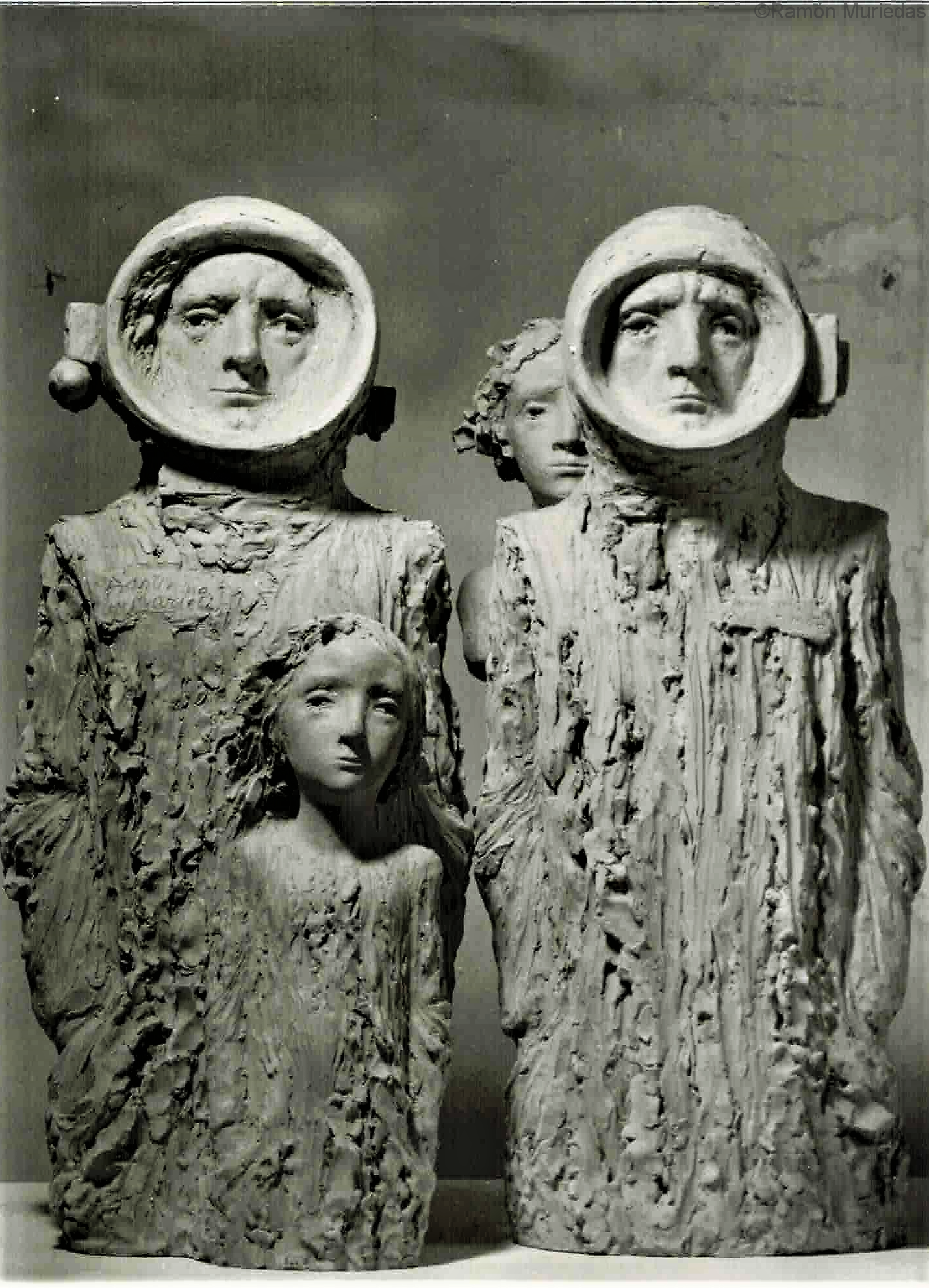